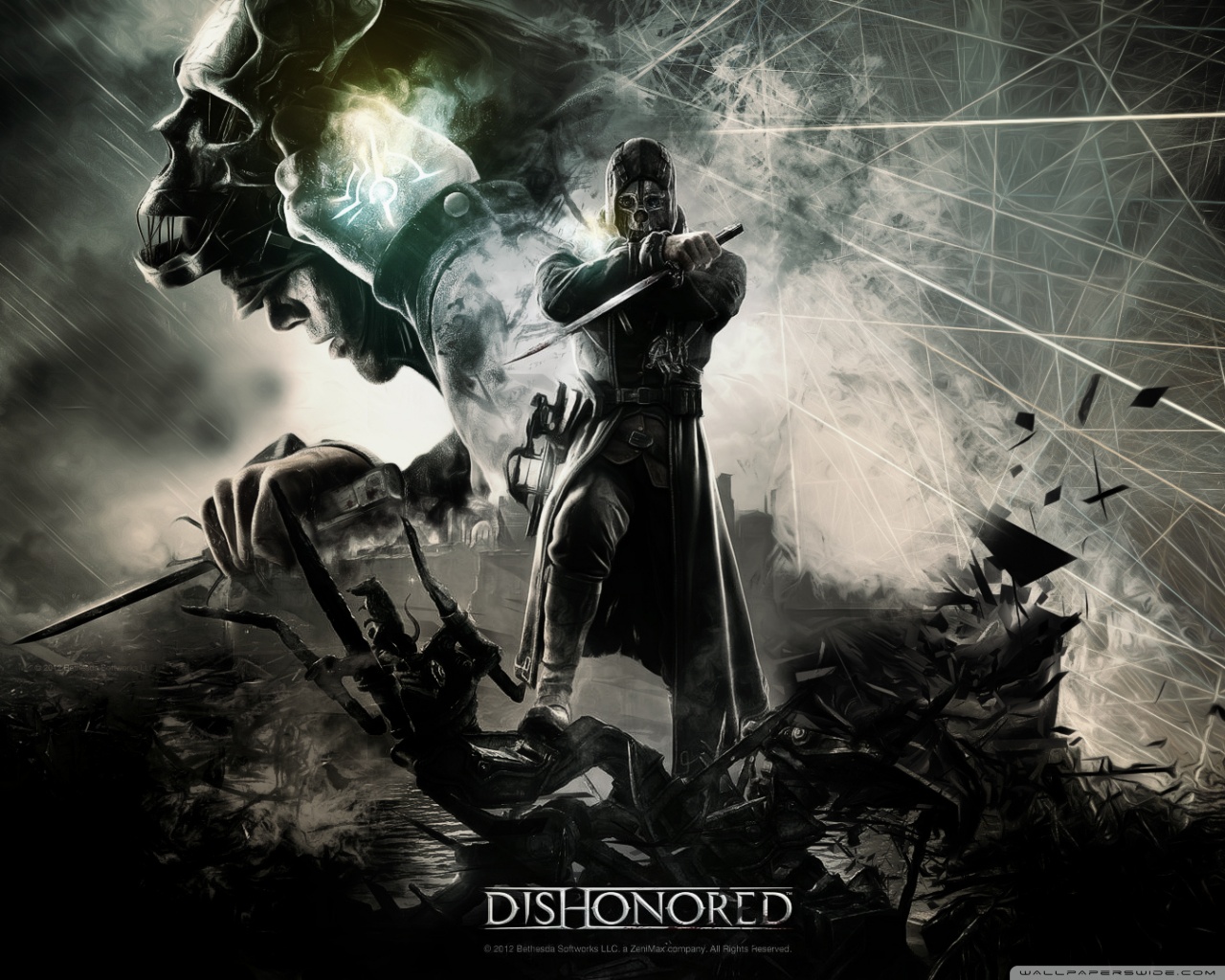 Dishonored is a action/adventure, stealth game for Windows PC, Xbox 360, and Ps3. Dishonored is extremely different from most stealth games. The protagonist is a assassin named Corvo Attano, framed for the murder of the Empress, and the disappearance of her daughter Emily.

Dishonored offers incredible variation of gameplay, with multiple paths to do everything and the ability to go the entire game without killing anyone.Runes and bone charms provide special supernatural benefits provided by the outsider. A figure of myth, neither good nor evil. While the coins you find laying around upgrades and buys equipment for your gear.

Set in the sprawling city of Dunwall, the capitol of Gristol and seat of the Imperial Government of the Isles. You are the royal protector of the empress, but she sent you away to the other isles to try and find help for the rat plague sweeping the island. Laden with bad news, but returning two day early, you return to the Empress Jessamine and give her the bad news. While Jessamine is reading the report, Emily comments on two people running atop the nearby rooftop. And the first of many (or none) fight scenes occur, instructing you on basic combat. The rest I’ll leave for you.